Had a nice visit yesterday after work with an old buddy from E.R. who I haven’t really been in touch with since we graduated from high school.  Both our lives afterwards went on different trajectories, and it just so happens that we have landed, at present, living just a few miles apart again, and more importantly — we landed in very nearby seats at a recent Brewers game. 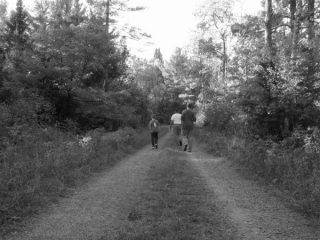 Chatting with Clint for a couple hours over beers was a good thing.  It sort of made me realize how much we’ve changed (and probably, everyone from those days has changed) since then, going through unique paths of experience, and forming new world views around them as adults.  But, at the end of the day, there are things about us personally that made us friends before, and they still remain.  32-yr-old me is drastically different from 14-yr-old me, but there must be something essential that stays the same in certain ways.  Ditto for my friend.  Looking forward to rekindling an old relationship whose history is strong and important to me.

A colleague of mine at work took a continuing ed photography class here in Madison recently.  We’ve been carpooling the last few weeks, so there has been ample time to chat about it. 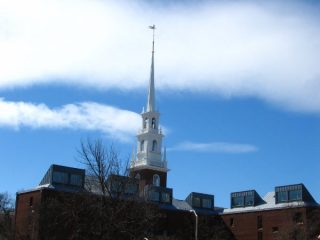 One of the things that she mentioned was that the instructor has a store on Etsy where she sells prints of some of her photos.  I took a look at a couple of them and said, “… OK.  People are buying this?”  I guess art is one of those things whose quality is fairly subjective.  What I look at as a very average photo, someone shopping for low-cost prints might think is just outstanding.  It dawned on me that if this person is selling these photos and doing so successfully, I could try my hand at making a few bucks on the side.

So anyway, I’m going to start a shop, but I need to take the time to choose which pictures to list.  Listings are twenty cents apiece, so I figure I’ll spend five bucks or so to get started, and see if any of them sell.  If not, I’m only out five bucks.  I figure if I can sell one or two, that would at least cover the cost of the listings.

Any ideas for which pictures I should try to sell?  Obviously, I’ve got many more than those on this site, but maybe you’ve got some ideas.  Take a look if you want and let me know.

I believe this last time I brought this up it was Ben Kingsley and Hamid Karzai.

How about Mark Attanasio and JJ Abrams?  What do you think?

Yesterday I mentioned that I saw a couple movies over the weekend.  Here are couple tidy little reviews…

The Chronicles of Narnia: Voyage of the Dawn Treader I read this book when I was probably about 10 or 11.  That’s quite a long time ago.  I remembered a few things about it, but mostly just that I enjoyed it the most out of the seven books in the C.S. Lewis series.  That being said, it was probably the least of the three movies that have recently been adapted.

I think that what the movie suffered from was a lack of adequate narrative tension.  The Dawn Treader is a story that I recall (and granted it was twenty years ago, but still) having three significant narrative arcs: (1) Lucy and Edmund are growing up, and realizing that their days of childhood adventure in Narnia are nearing an end, (2) Caspian is coming of age as the King of Narnia, and heads out on this expedition to the furthest reaches of his lands, and (3) Lucy and Edmund’s cousin, Eustace, joins them for this trip into Narnia to learn more about himself and how to treat others.  It’s a noble endeavor to take on all three threads on the big screen, but difficult to do in less than two hours.  What ends up happening is that none of the three threads feel thoroughly explored (least of all the Caspian thread).

It’s a decent movie, but overall, I have to admit that I’ve been a little disappointed by the Narnia franchise.  It could be that I just enjoyed the books too much at too young an age for a movie adaptation to feel adequate.  I’m not sure what the plans are for the continuation of the this series.  There are four books left, and it’s not clear to me how or if they would all be produced; Book Five is out of sequence with the others that have been made to date, and Book Six is actually a ‘prequel’ to The Lion, The Witch, and the Wardrobe. The movie still made plenty of cash, and my prediction is that they will continue.

I also fired up the Boxee over the weekend and pulled Futurama: Bender’s Big Score out of the instant Netflix queue.  As near as I could tell (and with absolutely no research) this was the first in a series of Futurama-direct-to-DVD features that came between the time they were canceled by Fox and later resurrected by Comedy Central.

What can I say?  It was funny.  I was actually fairly impressed with the way that they tied together a few different threads over the course of 90 minutes. They did a very funny job of lampooning sci-fi time-travel stories, which can so wrapped up in the paradoxes that time travelers are creating, a viewer can barely keep the time continuum straight.  Those stories also have the distinct advantage of killing and resurrecting whichever characters they want, so long as they can come up with a (barely) reasonable time-travel-y justification.  This Futurama movie had that going for it all the way.

From the mind of Simpsons creator Matt Groening, I have to say that overall, as a series, I like Futurama more than The Simpsons. The latter has some hilarious and epic TV moments, but if I had twelve bucks and could only buy a season of one or the other, I would probably buy a few gallons of gas instead.

After I got home, though, I would probably opt search the ‘nets for on-demand Futurama first.  There are few more Futurama movies on Netflix that are available to stream.  I imagine I’ll get to them sooner or later.

Had a nice weekend full of baseball, friends, movies, and much-needed housework.  When all was said and (mostly) done, I had a list of about five things that I wanted to accomplish, computer- or website-wise, that were left undone.  I managed to plow through a couple of them (including my first photo uploads to this site in almost a year – check out the Storyhill pics from last Labor Day), but some were only half-finished.  I had to try pretty hard to not be disappointed with myself, even after a nice June weekend.

Not having had a summer like this in over a decade, it’s hard for me to let myself roll with the proverbial punches and take advantage of the nice weather and low-obligation without a plan.  I feel like if I don’t have a list, I’m going to miss out on something I should have been doing.  But, I guess if the last ten years should have taught me anything, it’s that there will always be more time to get your list done.

I took a couple positive steps in the last week that I hope will lead to maximum summer enjoyment: I moved the BryGuy show back to the latest possible part of the evening (we’re starting at 9PM beginning this week), and I set all of the ‘to-do’s’ on my RTM list to be due no earlier than 8PM on any given day.  Moreover, instead of insisting to myself that the tasks on that list get completed on the days I set them due, I opted to be satisfied with a little progress, and a revision of the date and specifics of the goal.

Summer’s too short around here.  I need to make sure I’m enjoying it.

I went through some Evernote notes while I was on lunch today, and added some tags so I would be able to sort through them easier in the future.  I found one from January that I titled “Countdown to Burnout,” where I was tallying up the amount of time I had spent in each of my full-time financial aid jobs to date.

This most recent gig at UW Colleges is not the best paying or the most interesting job that I’ve had in this field.  But it is probably the best fit with my employment sensibility at this stage.  It has positives like extremely low (i.e., never in-person) student contact, easy-going management, and reasonable workload.  As I think back to how my other financial aid gigs ended, I can point to specific markers that made me feel I had to go:

I was probably disillusioned after the holidays, and thinking about how I wasn’t making any tangible progress on my thesis at the time that I wrote this note.  As of today, having finished my master’s degree and feeling more like I get to be in control of how my life progresses than I have since 2002, my work situation is not as bad.  Do I love it here?  No.  Do I want to stay long-term?  Also no.  Do I realize that, in the grand scheme of things, I could do a lot worse, employment-wise?  Absolutely.  I guess I just don’t feel as trapped in financial aid as I did before.  I feel like I have qualifications that I could sell to other people, and do other things.  For now, though, it’s pretty comfortable.  It’s respectable work.  The flames aren’t creeping over the horizon just yet.

In the build-up to the end of my grad school career (at least for the time-being), I was asked contiuously, “what are you going to do next?” and I was simultaneously flattered that people thought I had done work good enough to continue writing, and angry that the completed goddamned thesis still didn’t seem to be enough to placate them (just kidding about that last bit).

I had initially felt like I would need some time to rest; a few weeks at least, or possibly the whole the summer, to enjoy the lack of responsibility and obligation that plagued my brain lo these many years.  It was only a week ago today that I had that defense, and already I’m feeling like I need to keep up at something in order to keep my skills sharp and my mood intact.

I looked at the blog that I used to write in quite regularly, but which in recent times has become little more than a depository of podcasts and twitter digests.  Not that there is anything wrong with either, but I remember enjoying the feeling of satisfaction when I wrote something in here on a daily basis.  I decided I would make some modifications to this system, and the change in look on the site is Part One of that process.

So, for those that are curious:

Enjoy the rest of your day, and if you live in the upper midwest, try not to melt.  Hot as hell AND rainy today…

A few folks have asked if they could read a copy of my thesis (i.e., novella) after it was done.

I have joked that one of the things that everyone who has written a thesis says to every one of their friends and/or colleagues that wrote a thesis is, “I would love to read your thesis,” and none of those theses actually get read.

That being the case, you will not offend me in the least by never reading this.  However, in case you do care to venture down that path, this is the exact copy that I turned in today.  Have a good time, and thanks.